“Code Metrics bugs, security, quality index, reliability, and few more show my code is good. But still when I fix a defect, fix is breaking some of the old defect fixes”. Of course, a bad fix can break the old fixes as well. But here it is not the case. Here it is a clear sign that code is plagued with technical debt. This debt is very bad and compounds over time if unchecked and actioned at regular intervals. Affects performance. Getting way completely of the technical debt maybe not possible, but it is important to have a manageable debt in the code. Technical debt also ensures turn around of the fixes will be faster compared to fixes with high technical debt for the same code.

In another scenario, let us assume you are adding new code, new features, and not fixing the known defect. As new code is added, if it starts to take more time than estimated for the feature to complete or more and more unexpected defects are popping up delaying the feature development further, it means the technical debt is high in code and needs immediate attention.

The term “Technical Debt”, first defined by Ward Cunningham and is a business concept heavily promoted, as an effective method of valuing negative equity in software.

Technical debt (also known as design debt[1] or code debt, but can be also related to other technical endeavors) is a concept in software development that reflects the implied cost of additional rework caused by choosing an easy (limited) solution now instead of using a better approach that would take longer.

This is usually measured in “hours” taken to fix the bad code. A wide variety of ways to define and calculate Technical Debt are emerging.

Is it necessary to fix the technical debt?

Technical Data is usually thought of as a bad thing that needs to be paid down ASAP or avoided as much as possible or altogether, however it is unavoidable. Just like financial debt there is a no-good technical debt, but there is technical debt that one can deal with.

How technical debt creeps in? [2]

It happens when requirements are not understood holistically or from the Product Manager’s perspective. Also by not designing the product rightly, By not following the coding standards, By not doing code reviews to detect the real violations/issues, More important is time pressure what makes it unavoidable either through quick/short cut for fixes or immediate delivery and postponing the overall quality. Unreadable code, duplicate code, builds failing are a few more reasons.

This is like paying back the principle. Refactor design, refactor code quite often. At regular intervals in a project, plan to dedicate some time for refactoring. if in agile, set up two or three weeks of dedicated refactoring in each release. You can also view it as an investment for which benefits can be realized for sure in multi-folds at a later time.

One needs to keep a tab on code smells. Remove the unwanted pieces of code early. Early meaning, as soon as it is introduced. There are tools where you can baseline the quality of code and track for the new issues entered from a particular point in the life cycle. This is an input to know if one has introduced new code smells and helps in taking action to remove. One has to remove the newly introduced code smells but also put the effort in removing the existing code smells, gradually. There are multiple tools, that give this info and leverage from it and reduce the code smells.

Keep the code simple and design simple as much as possible. Don’t try to anticipate the future needs and code in advance or design in advance. Don’t confuse this for scalability. Don’t guess the future requirements unless the possible future requirements are known in advance. Don’t assume else discuss with the team about your assumptions and let everyone know about the intended purpose of the new complexity you are introducing. Maintain good enough documentation for future reference by the team.

Try to keep the user-stories or the code independent or minimal dependency.

While code review is important, and whom you chose to review the code will improve the overall quality and now out interest is technical debt for time being. Reviewers are not necessarily seniors always, in fact, it should be developers whose code will be impacted because of your code. Choose 3-4 reviewers and close the review when you get feedback from at least two of them. For more on code reviews check “Continuous Reviews for clean code deliver“.

One of the major causes of technical debt is scheduling. If a developer is given a tight schedule to complete a large feature they’ll have to cut corners they can to get that system delivered on time and those choices made will be hard or even impossible to undo. Manage the time pressure, makes technical debt unavoidable.

Automate the reviews, automate the test, and ensure the test coverage is high, be it unit testing or regression testing. Have check-in rules and ensure for every check-in it is met and signed off before the code is checked. One of the examples – in Git the pull requests have to be clean and signed off and at-least it is reviewed by minimum reviewers.

Measure maintainability and changeability and take action to improve it.

If you have a choice or the option to use dynamic analysis tools, do integrate them with IDEs and ensure you look into the issues which tool throws dynamically.

Meaningful comments in the code

Provide comments in the code. Don’t make this one or two-word comment. Rather give what is a piece of code is expected to do in “present tense”. Developer finds in their chaotically arranged code as soon as other people start to work on it. Well, let’s just say they can’t and the same is true of poorly commented code or disorganized assets organizing everything at this late point could take someone hours or days or even weeks.

Technical debt is similar to financial debt and if it isn’t repaid in time, it continues to compound until the principal ends up being much higher than the original. In development terms, a problem can grow and grow without anyone noticing until it’s too late or too large to fix. The decision to fix an issue right away or leave it until later is something that every oner or every team has to deal with – it’s a trade-off early on while getting new code working quickly. 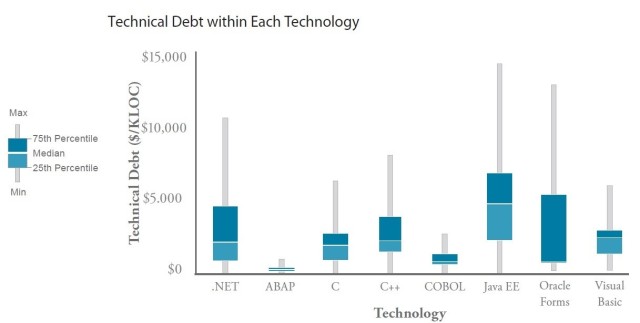 In a project, while one starting out these errors tend to get overlooked because they aren’t seriously blocking anybody from getting any work done, everyone assumes they’ll get it fixed at some point or that someone else will deal with those issues down the road or no one knows how to solve these errors and project needs to keep moving on. To other tasks, this is a problem because the cost of redoing any of that work might be exponentially more expensive during the later stages of development.

Many systems may rely on buggy code. A simple fix that would have taken a developer about a few minutes, in the beginning, could potentially cause no longer function at a point, requiring weeks to find the bug. Even the developer that coded in the first place maybe isn’t on the team anymore. All this could cause hours or days of wasted production time and to top it off sometimes these things don’t immediately occur to people as problems.

Adopt techniques and strategies to overcome the technical debt issues. However, sometimes you need to incur technical debt in order to get a product out to market quicker and even the refactor might help sometime. You realize that technical debt is unavoidable. Hence it is important to look at ROI and decide what to do with technical debt, either getaway or live with it. discuss with the team, discuss with Client on consequences of not having dedicated time for technical debt now, will only mean that it consumes more time in the future.

And the best thing is, you build it into product strategy, in product road-map and there are ways of being able to manage that technical debt at a good pace so that you never have to end up with having to do a huge re-work.